Tommy was born in Cunumulla in South West Queensland in 1966. He led a fairly simple life out in the bush with little in the way of possessions and worldly goods as money was scarce.

Tommy’s father was a stockman and his mother worked in a local retail store in Cunumulla. Tommy has two older sisters and had an older brother and one brother younger than him. Sadly both his brothers have since passed away.

As a child, Tommy has vivid memories of running around the bush, a fringe dweller on the outskirts of Cunumulla. Tommy’s family lived in a corrugated tin humpy with fire outside for cooking, light and warmth. There was no electricity and the tin roof would often leak water through the nail holes when it rained.

All the kids would sleep together in one bed and they would later go and fish for crab and hunt kangaroo and other animals with the elders from the Mardgany tribe. Tommy went fishing as often as he could with his uncles and brothers who would teach him about the cultural ways. Learning to survive and learning culture was an important part of growing up for Tommy.

Tommy’s Dad passed away when he was only three years old and sadly his mother passed on when he was thirteen. He then moved to Toowoomba, South East Qld to live with his Aunty Zona and completed year eleven high school. When Tommy turned seventeen, he embarked on a four-year apprenticeship in spray painting and on completing the trade certificate he travelled and worked through North and Central Queensland, finally settling in Roma for four years working as a spray painter. Tommy was twenty-six when he arrived in Alice Springs in 1992.

Upon arriving in Alice Springs in Central Australia, Tommy began spray painting and making and painting didgeridoos. Tommy’s business partner in the didgeridoo business moved away from Alice in 1995. Tommy has been painting independently and performing as a didge player in Alice and other parts of Australia and the world since this time.

Tommy’s stunning landscape ‘Sunset Dreaming’ paintings are his unique signature style. He developed this style through the inspiration of his Uncle Lenny from Charleville in the 1980s. Uncle Lenny had moved to Toowoomba and was happy to let Tommy watch him paint and ask questions.

Tommy was also taught and inspired by other indigenous artists whom he met as he travelled around Qld in the 1980s and 1990s. One day, after years of travelling, listening to people and watching others paint, Tommy says, “the spirit came to me or something like that, and I just went out to my studio and put it down on canvas”.

Tommy has been an independent artist and performer for many years now. He sells his artwork privately, runs workshops at schools for kids, plays didgeridoo at private functions and corporate events and was recently a special guest at the Norman Lindsay Art Festival held at the Novotel in Ballarat, Victoria in February 2009. 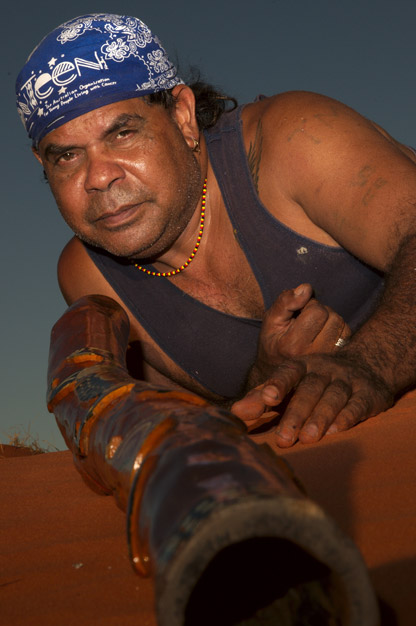 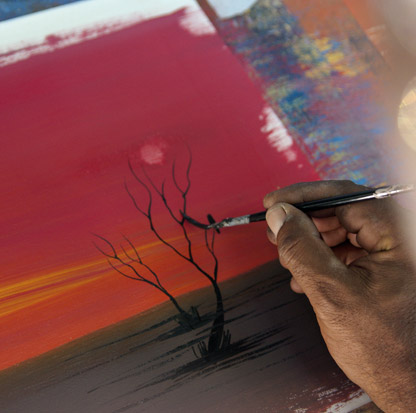 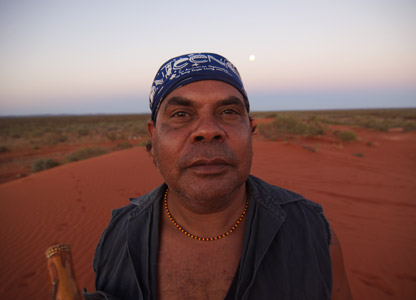 Performed Didgeridoo at the opening of the Australian Aquarium

Home
About Sunset Dreaming
About Our Artists
Gallery
Shop 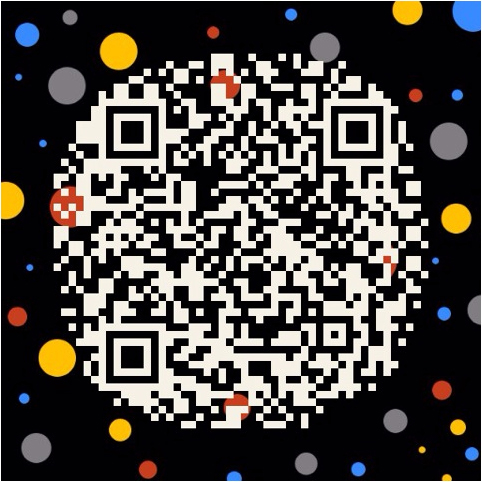 Scan the QR code to add me on WeChat